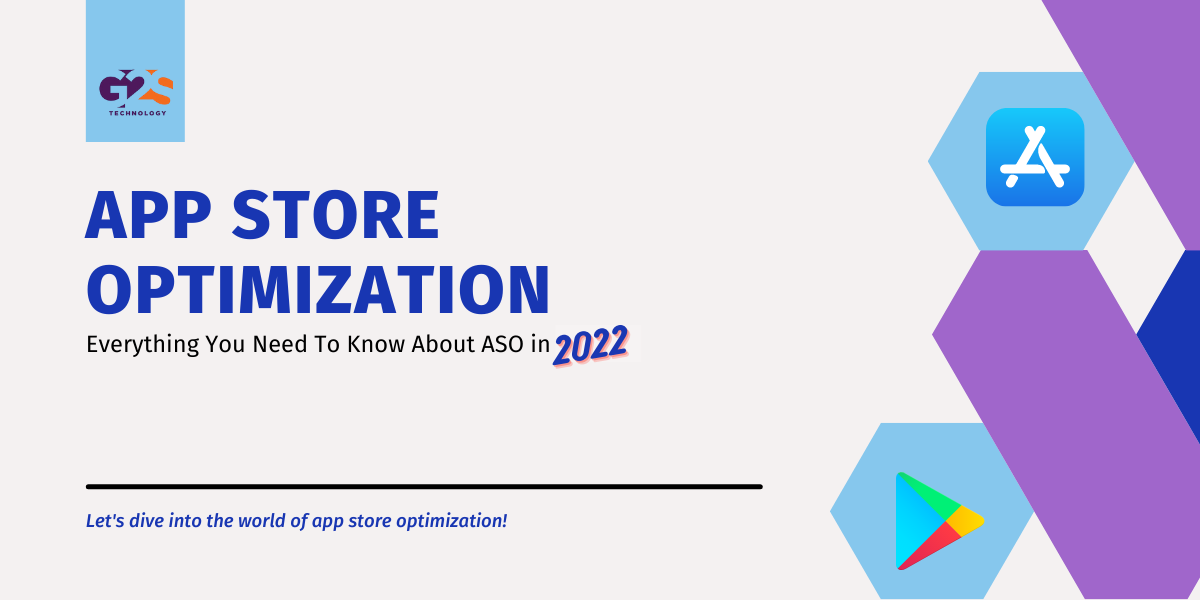 No Comments on App Store Optimization: Everything You Need To Know About ASO in 2022Posted in ASO By Girdhari SinghPosted on 02/03/202116/03/2022Tagged ASO benefits, ASO guide, ASO process

In 2o22 App Store Optimization isn’t just a mobile app ranking strategy, it’s more than that. In this blog, I have covered everything you need to know about ASO in 2o22 or say how ASO looks after 2021. The purpose behind writing this blog is to deliver accurate, strategic, and comprehend information to ASO beginners. Let’s dive into the world of app store optimization!

App Store Optimization globally and widely known as ASO is a process of improving app visibility within the app stores and increasing app conversion rates. Ultimately, gaining app visibility is the prime goal and generating revenue is the second objective of any app store optimization company.

What is the difference between ASO and SEO?

Perhaps at the first-view, both sounds similar, but there lies a difference often ASO is referred as app store optimization SEO and both the processes share a twik of similarities such as keyword optimization, backlinking and conversion optimization.

The main differences between ASO (App Store Optimization) and SEO (Search Engine Optimization) are the ranking factors. Also, ASO is utilized for mobile apps whereas SEO is for websites.

And you would be surprised to know that SEO has 200+ ranking factors besides ASO have shorter factors to consider.

The comparison table (in the form of image) between ASO and SEO gives you much clear learning:

Why App Store Optimization is Important for App Growth?

See, the number of apps listed in the either iOS Store or Android Store, all of them cross through the app store optimization process. At some the ASO implements well, on the other hand, some apps fail to satisfy ASO goals and objectives.

The reason for such a cause is simple, poorer ASO implementation!

Also, there are domains of similar apps presented in the App Store vault i.e. high competition. To crush the competition edge and make your app unique, best, and top from others – you need better ASO services that handle everything.

Now understood ! Why ASO is important for app growth.

If you think the App Store is the only way to find and download mobile apps, then you’re wrong.

Often the App Store is the significant choice of a group of entities at first glance, but other than this, users have alternative options as well.

But, those multiple ways are peripheral…!

What are the benefits of App Store Optimization?

Here is how you can benefit from App Store Optimization:

How is App Store Optimization done?

Now that you know what app store optimization is and how important it is for app growth. To start improving your mobile growth with App Store Optimization – firmly follows the mentioned steps:

The initialization of the app store optimization process begins with a clear and definite-winning ASO strategy. In fact, a well driven strategy eliminates any further ASO errors in a gentle way.

2. Pick the right name for your app

Giving your app a name could be a complex process, but that isn’t so hard either.

Selecting the right name not only describes your application purpose but also helps in ranking factors. In addition, the keywords in the app name have the strongest ranking weight.

Here’s the checklist for your app name and title:

3. Know how to do keyword research for your mobile app

You heard and understand to place a keyword in your app name/title. Indeed, a keyword is a word or phrase that people use to search for apps in the App Store and Google Play.

Here’s some major questions to keep in mind while doing keyword research for ASO:

Here you may take help of App Store Optimization Tools that assist you find your first group of keywords.

As your app title plays a vital role in ASO ranking similarly and effective app description for your application is necessary and crucial for the same.

The description of the app is one of the main areas where Google finds the keywords to rank your app for.

Here’s the checklist for your app description:

5. Get the right App Icon by A/B testing

May app icon doesn’t feel important to you but from the point of view of end-users it acts as a deemster and also helps in the app differentiation.

Due to the high number of apps enumerated it is important to get the right app icon for your application. App icon is what catches a lot of attention and the reasons for the people click on a search result.

A/B testing is a manifest method to achieve the right app icon, it helps choosing the best app icon from the variations and find out which one got the most clicks.

Truth be told, around half of individuals base their download choice on an early introduction. Therefore, you need to give close consideration to how you plan visuals.

Here’s the checklist for your screenshot & video:

Clients see an application in their local language as more dependable and accordingly, they’re bound to download it.

Feedback from your users is an integral part of App Store Optimization.

The better your rating, the more important your application is considered by the stores and the higher it positions. Furthermore, 80% of portable users read in any event one survey prior to downloading an application.

ASO is significantly based on the ranking concept, so there are many versatile and potent ranking factors stated below for both Apple and Android App Store.

1. Know What Your Free Keywords Are

There are certain watchwords (keywords) that the application stores consequently give, which implies that you don’t need to incorporate them. Consider them free catchphrases. Many people don’t realize that the classification name of your application is one of them.

Common Mistakes To Avoid When Working On ASO in 2022

It is very important to implement every aspect of app store optimization in the right way. But, due to some circumstances most app developers make mistakes and here are those and try to avoid them so making your app or game take off on the stores.

In 2o21 app store optimization is way better and way simpler than your imagination. Utilize ASO tools which can help you with your efforts.

Let’s take a look at a few of the must haves on the market.

It would be not wrong to say that ASO is covered with a brighter and potential future for us and business.

Those traditional businesses who are never or not yet in the market experiencing ASO will lucratively seek to evolve creatively and expand into the ever-growing mobile app space.

This will bring about a developing significance of ASO to prevail upon clients who stay at home and quest for arrangements.

App Store Optimization: Everything You Need To Know About ASO in 2022

This site uses Akismet to reduce spam. Learn how your comment data is processed.